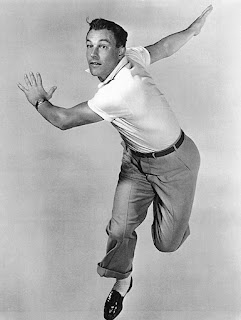 Well, last weekend hubby and I trekked up to Sundance, Wyoming and checked out Devil's Tower. Got some good footage which I'll be putting together for a movie. Waiting for Muse to toss some ideas my way.

I wrote a short sketch I'll be performing this Sunday to promote our Vacation Bible School at church. I'm Lois Lane and I'll be interviewing VBS Man! VBS starts next week and I will be in charge of music -- teaching first through sixth graders to sing and dance. Gotta channel Gene Kelly.

Brainstorming script ideas with co-director Susan for the Cheyenne Shoot Out 24 Hour Filmmaking Festival which will be in October. Still no word from Muse.

Making a Shakespeare in the Park documentary short.

I took the Red Velvet to the Theatre Volunteers Awards Event. Everybody loved them (just like Sally Field). I took the Lemon cupcakes to the office and my coworkers were devastated by their awesomeness (to quote Kung Fu Panda).
Posted by Luana Krause at 3:47 PM