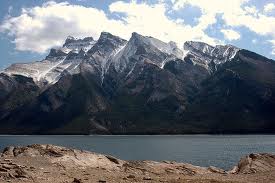 It's taken me several days to come down from the Shoot Out Festival high. It was one of the most amazing experiences of my life, but I'm so glad it's over.

Susan and I have started working on a new project -- the Database Security Smackdown contest. We will create a two-minute commercial for a database security company. Deadline is December 6. We are brainstorming ideas and hope to have a script in a couple of weeks.

Other Projects: My friend Christi Mitchell has asked me to create a video promoting her One-Woman Show workshop. We shoot tomorrow.

Also working on a Thanksgiving video for church, interviewing people and asking them what they're thankful for, from the very young to the very old. Pastor wants to show it the Sunday before Thanksgiving.

Stay tuned...
Posted by Luana Krause at 9:12 PM No comments:

The winner of Best Film was disqualified and so The Bear Switch Project is Best Film for the Shoot Out 24 Hour Filmmaking Festival.
Posted by Luana Krause at 8:48 PM No comments:

The Shoot Out Cheyenne Fillmmaking Festival was amazing. Our movie The Bear Switch Project, won Best Comedy and also Best Actor! All our hard work paid off. Would I do it again? Absolutely.

The rules: make a seven minute movie in 24 hours with only in-camera editing. We had to include five items from a Brief which we were given just before the Shootout. We also had to include the line "This means something -- this is important." This is a line from Close Encounters of the Third Kind when Richard Dreyfuss makes Devil's Tower out of mashed potatoes. Here is a director's cut of my movie. I added a few more seconds to the credits section and tweaked some of the weak shots.


Posted by Luana Krause at 4:59 AM No comments: 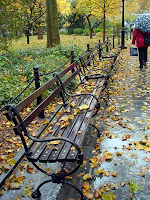 Thanks to Ron we now have a lovely office space to shoot the office scene. Oregon Trail Bank has generously agreed to let us use a vacant office with a lovely desk, credenza, high back executive chair, etc. And the lighting is amazing...two huge windows. It is PERFECT!

We decided to shoot the park scene in an actual park and not worry about the sounds of people, kids, dogs, etc. that typically inhabit a city park on a Saturday morning. I had originally thought it would be best to shoot in Ron's backyard since it was in a quiet neighborhood and it's fenced in. He has lovely trees and flowers that would make it look park-like. Time will tell if we made the right decision.

I'm discovering that I am becoming more and more like Hitchcock. Fearful of locations and wanting to use a studio set where there is more control. Am I a control freak? I don't think so. It's just that the Wyoming wind is a powerful foe. Sound is my enemy on the technical front...I don't have an external mic system so whatever the camera hears is what we get.
Posted by Luana Krause at 8:09 PM 2 comments: 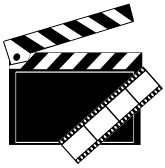 We have decided to make a "Making of The Bear Switch Project" movie which we will shoot along with the actual movie. Susan will be shooting the "making of" movie which will include interviews with the cast and crew, out takes, and all the crazy unexpected stuff that happens behind the scenes.

We are shooting the actual movie on my new Sony camera and I'm still trying to learn the ins and outs. I am able to trim shots in-camera which is very cool. I can also protect shots....I can't image how awful it would be to get to the end and accidentally delete everything. My worst nightmare.

Our next production meeting is tomorrow at Ron's house where we will be shooting some practice scenes. Countdown: 6 more days til the Shoot Out!
Posted by Luana Krause at 8:18 AM 2 comments: 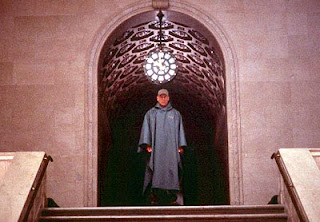 I was watching M. Night Shyamalan's Unbreakable (2000) again the other day so I could observe his brilliant movie making techniques. The first thing I noticed were the long takes and "reveals" in scenes. For example, Bruce Willis is standing at his locker with the locker door open, talking to someone out of frame. When he closes the locker, we see the man he was talking to standing in the doorway. The actors do not move in this scene...the only thing that moves is the locker door. This lack of movement gives emphasis to the dialog and the emotion of the characters talking because we are not distracted by movement.

This happens all through the movie beginning in the train with the shots of Willis behind the seats.

I also noticed that the long takes really slowed the pace of the movie which was what Shyamalan wanted...Willis slowly beginning to understand who he is really is.

The amazing landscape mural in the restaurant scene was surreal, making it appear like the couple was in another world. Stunning!

The idea of "framing" was captured with scenes in doorways and windows...like pages of a comic book.

Shyamalan's comments about the movie were very interesting. He had originally planned the typical Superhero movie. Act one - hero discovers he has powers. Act two - hero showcases his powers by battling the villain. Act three - hero confronts villain and is victorious. But Shyamalan said that he wasn't inspired by the predictability of Acts two and three. He decided to make the whole movie about Act one where the hero discovers that he his a superhero. The audience discovers this at the same time and we are led along on the journey.

This is a movie you can watch again and again because of the beauty of the cinematography and the inclusion of symbolic visual motifs that enhance the story and characters.
Posted by Luana Krause at 10:59 AM 9 comments:

Tomorrow is our first cast/crew meeting for The Bear Switch Project. I'm very excited to hear the actors read their lines and for all of us to discuss the logistics of putting this show together. Susan has created amazing props and I've been working on getting the shot list and story board together.

We need to get the participation and location releases signed, work out the details of the locations and sets and most importantly, time the script so we don't run over seven minutes (including titles and credits). 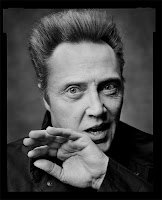 I really like the Christopher Walken music video that made the rounds on Youtube a while back. It's inspired me to create a video featuring a dancing man. For the song I'm thinking "A Fifth of Beethoven."

Check out the Walken Video
Posted by Luana Krause at 6:43 AM 3 comments: 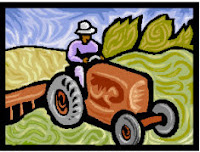 4. Pirates of the Caribbean parody 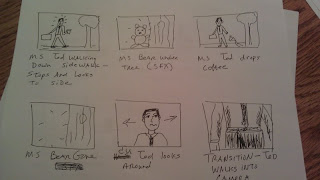 I've made four revisions to the story board already and I'll probably make a few more before we start shooting. But that's okay. It keeps everyone on the same page so the day of the shoot should run pretty smoothly.

Susan and I had our second production meeting yesterday and she showed me the Evil Bear masks she was working on. They are amazing! She is so creative and I'm  happy to be working with her on this project.

I got my new camera yesterday as well. It's a Sony HG camera and it's pretty cool. It has an internal hard drive AND uses SD cards! I need break it in and shoot some video. Tomorrow will be a good day -- a cookout at my brother's house. They have three kids that love to ham it up.
Posted by Luana Krause at 7:10 PM 6 comments:

I'm in the process of creating my next movie, The Bear Switch Project, for the Shootout Filmmaking Festival. I'm working with my friend and colleague Susan V. and we are having a great time planning the movie and getting things organized for the shoot.

The Bear Switch Project is a Twilight Zone-type suspense/comedy about a man who's down on his luck and encounters a magic bear that changes his life.

My script is finished and we have the actors we need. We are currently scouting locations and doing as much planning ahead of time as possible. It's our first Shootout and we are ready for "bear."