In honor of Father's Day, I would like to give a "shout out" to all the wonderful TV Dads from my childhood.  These dads were pretty amazing. They dealt with problems big and small. But most of all, these dads loved their kids, no matter what.


Who are you favorite TV dads?


Posted by Luana Krause at 6:02 AM No comments:

The Rifleman and Books 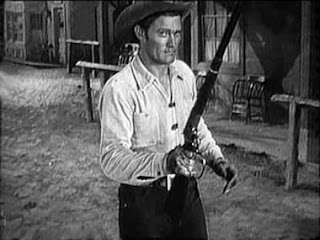 I was visiting my dad on his acreage in Oklahoma last week. He lives in the country and doesn't have a satellite or cable TV. He uses an antenna to get TV reception.

One of his favorite shows is "The Rifleman" so we watched the show everyday day while we were there. I remember watching it on TV when I was a kid. It's about a widower in the Old West named Lucas McCain and his son, Mark. Lucas is handy with a rifle and he and Mark work the ranch.

On one episode, the school hired a new teacher from "back east." The teacher was a prim and proper gentleman and wasn't used to the ways of the West. He and Mark did not get along. Mark's friend ruined the teacher's book by putting blue berries in it and slamming the book closed. Mark was blamed for the prank and his father found out.

Lucas told Mark that it was wrong to ruin a book. Books are precious and hard to come by. He also told him that everything you learn from a book you will be able to use sometime in your life.

I have found this to be true. I have always valued books. They have enriched my life.

If only all kids had a dad like Lucas McCain. 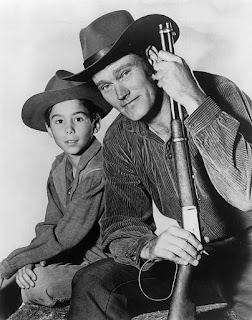 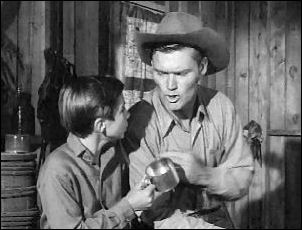 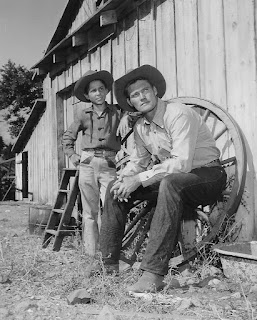 Posted by Luana Krause at 11:29 AM No comments: