I love to play tennis and summer in Wyoming is the best time to be on the court. So while I'm out there getting my Serena Williams on, I'm thinking about movies with memorable "tennis" scenes. Here are a few that made the list in my book: 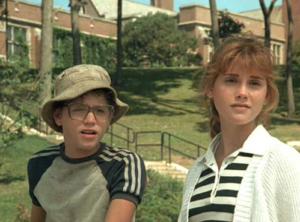 Lucas (1986)
Corey Haim falls in love with Kerri Green on the tennis court.
Unfortunately she only has eyes for the captain of the football team.
Nevertheless, Lucas tries to impress her with his over-sized brain
and his condemnation of all things superficial. 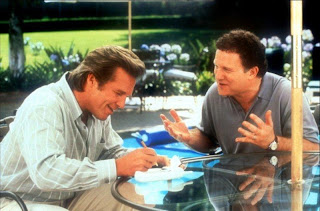 The Muse (1999)
Albert Brooks and Jeff Bridges play tennis, but Jeff never gets
the ball over the net. No worries. He gives Albert the phone
number of a Muse who looks a lot like Sharon Stone. 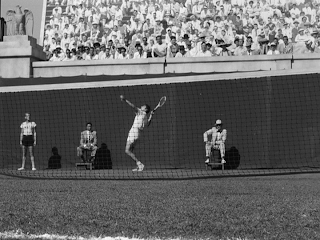 Strangers on a Train (1951)
Farley Granger is a professional tennis player who meets
Robert Walker on a train. Murder is the topic of discussion. 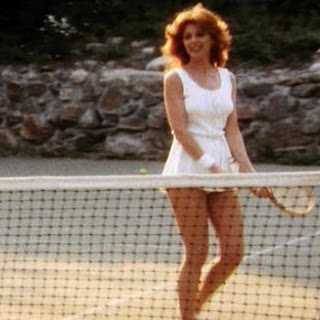 The Stepford Wives (1975)
Tina Louise loved to play tennis until she became a Stepford robot.
"I think there's something in the water that turns us into house-fraus!" 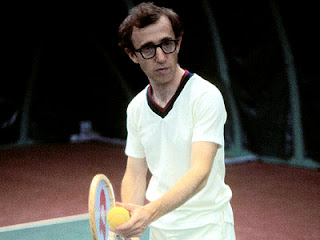 Annie Hall (1977)
Diane Keaton meets Woody Allen for the first time on the tennis court.
Love blooms. She learns that he's been in psychoanalysis for years
and he discovers that her grandmother is Jew hater. 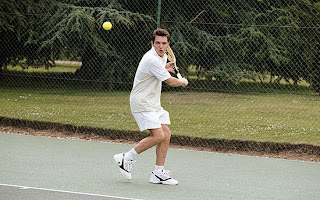 
So what are your favorite tennis scenes in the movies?

One of the best animated sequences ever is in Kung Fu Panda when Tai Lung escapes the Chorh-Gom prison.

Oh, yes. And here's a bit of trivia from the film:

The Kung-Fu/Wuxia convention where attacks on the correct nerve/Chi points can cause paralysis and other effects is adopted although it is not explained in the film, and the jade figurine topped sticks on the shell worn on the imprisoned Tai Lung are positioned at the traditional Chi energy points of the body. The sticks are intended to keep the villain from accessing the power from those points, which is why he was first concerned about removing them before attempting to break his chains.