So I was flipping through the channels last night and came across Stephen King's "It." Richard Thomas, John Ritter, Tim Reid --- oh YEAH! I'd been wondering what book to bring with me on my vacation and now I have my answer.

Isn't it ironic that clowns frighten children? What does that say about Ronald McDonald? He's the creepiest clown I know. I read  that McDonald's is doing away with the clown. It's about time.

What's your favorite clown movie?
Posted by Luana Krause at 6:02 AM 3 comments: 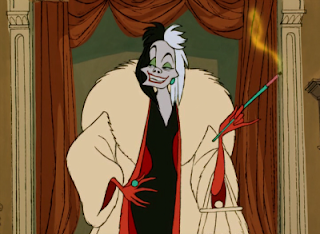 The worst kind of evil. Murdering sweet little puppies just so you can feed your tremendously vain ego with a Dalmation fur coat!

Cruella is a Fashionista Nazi. Yes, her clothes are fabulous, but at what price? Do the ends justify the means? Absolutely not! If there ever were a time for faux fur, it's now.

I've always wonderd what Anita saw in her. They are best friends? You've got to be kidding! I can't picture them together having lunch, shopping and chit chatting at Starbucks.
Posted by Luana Krause at 5:00 AM 2 comments: 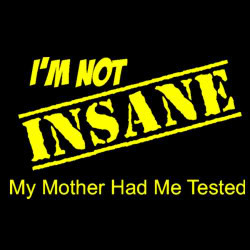 I watched this creepy move on Lifetime Movie Network the other day. "An Officer and a Murderer." It's about a well-respected Army colonel who stalks women, breaks into their homes, ties them up, photographs them and then video tapes himself with them. He makes them wear a blindfold so they don't see him. If they  do see him, he kills them. He also takes their underwear with him and wears it under his military uniform.

The crazy thing is that this is based on a true story. When he was finally caught, his friends and neighbors said they couldn't believe it. He was such a "nice guy."

Last week I was hanging around the bargain section at Barnes and Noble and came across a book with an intriguing title: "The Sociopath Next Door." It was written by Martha Stout, a psychologist. In the book, she explains anti-social disorder and gives examples from actual cases (a composite of the people she has actually treated in therapy). The book is fascinating. I was especially intrigued because I have a gradute degree in psychology and have always been interested in human behavior, especially mental disorders.

ANYWAY...because of this book I've been attuned to sociopathy and have noticed it more and more in characters in films. It seems as though many villains are either psychopaths or sociopaths to some degree. As a screenwriter, I think that knowing about these mental disorders will make my characters more realistic. Truth is indeed stranger than fiction.
Posted by Luana Krause at 6:35 AM 4 comments: 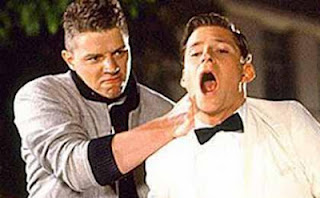 Biff Tannen was the biggest bully in Hill Valley. Just ask George McFly if you don't believe me. He made George's life miserable! Fortunately, George's son, Marty went back to 1955 and changed the future. Daddy George became a successful science fiction author and Biff ended up with the fuzzy end of the lollypop. Ah, sweet justice.
Posted by Luana Krause at 5:00 AM 6 comments:

Getting Ready for the Shoot Out 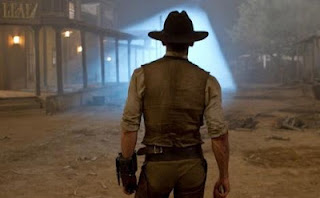 Friend and co-producer, Susan V. and I have started our plan of attack for the next Cheyenne Shoot Out Filmmaking Festival. Slated for the first weekend in October, the event challenges filmmakers to create a  film in 24 hours with only in-camera editing. The film can be no longer than seven minutes including credits and it must include elements from a "Brief" given to the filmmakers on the day of the shoot. The Brief includes specific locations, various "Cheyenne/Wyoming" items, and a phrase (either spoken or shown) that must be in the film.

Last year was our first attempt and we were thrilled to have won three awards for our movie, The Bear Switch Project (Best Comedy, Best Actor and Best Film).

We met last week to brainstorm story ideas and now I'm writing the first draft of the script. I can't tell you about the movie but I will say it's a comedy and involves an alien.

Until next time, adios, amigos!
Posted by Luana Krause at 6:35 AM 6 comments: 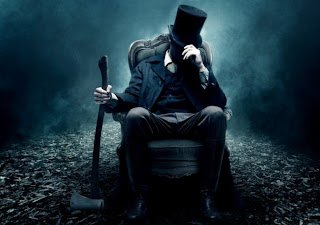 Abe hunts vampires with a silver tipped axe, which is also rigged with a gun that shoots silver bullets. If you know your vampire lore, only silver can kill a vampire.

So why is Abe a vampire hunter in the first place? Because when he was a boy his mother was killed by a vampire and Abe is out for revenge.

Adam, the leader of the vampires owns a plantation and feeds on his slaves. He wants to take over America and make it a haven for all vampires. So he sends his vampire minions to fight with the Rebels against the Union.

At the Battle of Gettysburg, Abe supplies the troops with silver bayonets and bullets. Even Mary Todd Lincoln gets in the act and has a final showdown with the evil vampiress.
Posted by Luana Krause at 9:11 PM 6 comments:

I still get chills when I hear this song by Neil Diamond . Happy Birthday, America!