One of the things I like best about movies is the talent of the cinematographer and the amazing shots that add depth and interest to the story. The window is a common visual motif in movies. It can express isolation and loneliness, or it can serve as protection or a barrier between people and events. Windows also symbolize vision, watching, seeing or witnessing. Some of my faves: 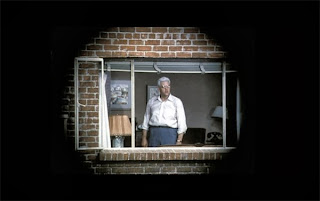 Rear Window(1954)
Lars Thorwald suspiciously looks out the window of his apartment where he may have committed the perfect crime. The film is not only a murder mystery, but reveals the window as an eye to the world where anything can happen. 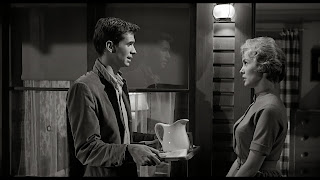 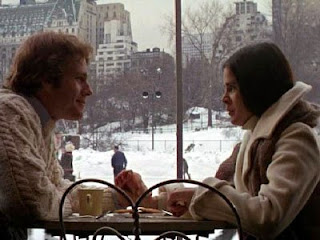 Love Story (1970)
Oliver and Jenny drink hot cocoa at the skating rink just before she goes to the hospital. The view of the skating rink symbolizes freedom and joy, just the opposite of the grief and loss that await them. In another scene, Oliver looks in the window of a travel agency showing airline tickets to Paris, where Jenny had always wanted to go. The window symbolizes his soon-to-be separation from her. 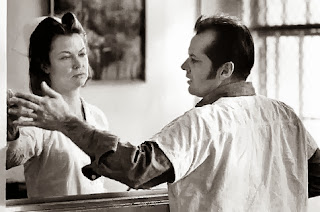 One Flew Over the Cuckoo's Nest (1975)
Nurse Ratched is behind the window in the nurses' station symbolizing her emotional distance from the patients. 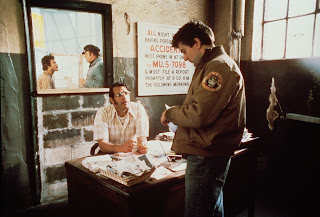 Taxi Driver (1976)
This movie uses the window motif all the way through. Windows symbolize Travis Bickle's vision of the world. When he applies for a job, a window depicts two separate realities -- the reality of  "normal" people and that of Travis, trapped in paranoia and loneliness. Through the windows of his taxi he observes and comments on the "scum" of the streets. When Travis notices Betsy through the windows of the campaign office, he is inspired to attempt a normal relationship, but his inner demons won't allow it.

"I first saw her at Palantine Campaign headquarters at 63rd and Broadway.
She was wearing a white dress. She appeared like an angel.
Out of this filthy mess, she is alone. They... cannot... touch... her." 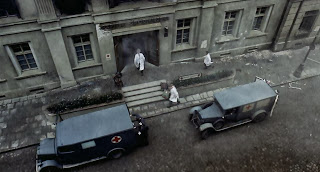 The Pianist (2002)
Szpilman is a Jew hiding in Warsaw during the Nazi occupation. He watches the comings and goings of the Nazis through the window, symbolizing his isolation as a Jew and as a human being. In another scene, Szpilman and his family are eating dinner and outside the window they watch in terror as Nazis murder their neighbors in the street.

These are just a few. What are your favorite "window" motifs in the movies?