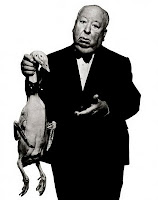 This page features links to the films/videos that I've produced and directed.

The Book of Simon (2016)
Written and Directed by Luana Krause
My entry in the Wyoming Short Film Contest about a bookseller who finds a magic book that tells his own story in real time and takes him on an adventure. The theme of the contest this year was "WY am I here?"


The Newsboy (2012)
Written and Directed by Luana Krause
My entry in the Wyoming Short Film Contest 2012 was inspired by "The Artist." It's a silent movie about a newsboy from Cheyenne 1912 who travels to the future (2012) to sell his newspapers.


White Rabbit (2011)
Written and Directed by Luana Krause
Doritos Crash the Superbowl Commercial 2012. This was shot in the historic Hynds Building in downtown Cheyenne, Wyoming. It is undergoing renovation and I couldn't resist showing a pretty little girl roaming the halls of this old, creepy building. I didn't have to do anything to create the set. Everything was already in place, including the mirrors.


Coming Attractions (2011)
Written and Directed by Luana Krause
My entry in the Database Security Video Smackdown 2011. This video is a commercial for Application Security, Inc. I chose to do a parody of a movie trailer with references to Hitchcock's "North by Northwest." I shot a scene in a field with my character Rupert Thorwald being chased by a crop duster and climbing rocks at Vedauwoo near Laramie, Wyoming. My character's names were inspired by characters in Hitchcock's films: Bruno (Strangers on a Train), Crane (Psycho), Rupert (Rope), Thorwald (Rear Window).

Creating One-Person Shows (2011)
Directed by Luana Krause
Written by Christi Mitchell
A promotion video for actress Christi Mitchell to promote her workshop. Christi is an actress that teaches acting and theatre.  She asked me to make a video to promote a new workshop on creating one-person shows. We shot the video at her home in Cheyenne.


The Bear Switch Project (2011)
Written by Luana Krause
Directed by Luana Krause and Susan Vincenzes
Winner of Best Film, Best Comedy and Best Actor in the 2011 Shoot Out Cheyenne 24-Hour Filmmaking Festival. The story: Ted encounters a magical bear that changes his life. This was my first time participating in this contest. We had a lot of fun shooting, but I couldn't believe how much planning it took. I created a story board and it saved my life! We were pretty ambitious with this movie, using a variety of locations and last minute changes. The contest required only incamera editing, so we could not manipulate the video in any way after we downloaded it to the computer. The only thing we were allowed to do was add sound effects and music. That means that every shot had to be perfect in camera.

My Heart Belongs to an Alien (2011)
Written and Directed by Luana Krause
My first short feature film. The story: A sci-fi author has a close encounter with an alien invasion.
I shot this movie at the home of my friend and actress Christi Mitchell. This was baptism by fire. I learned about sound, lighting, framing the shots, hand-held vs tripod, props, and last minute changes. The idea for this story was inspired by M. Knight Shayamalan's film, "Signs."