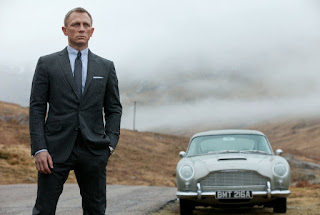 Thinking I should see Skyfall in the theatre one more time before it's gone forever. For me, this was one of the best James Bond flicks in recent years. The fact that I'm a huge fan of Daniel Craig is another reason to take the leap (no pun intended). And of course seeing Javier Bardem remove the mouth piece that prevents his face from looking like a living skull is priceless. 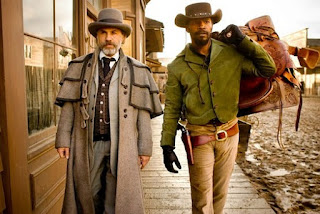 Hands down, the best movie of the year!

I'm not a big Quentin Tarantino fan. His films are typically too violent, crude and profane for my delicate sensibilities.

But the violence in Django Unchained is justified. The horror of slavery is graphically portrayed, creating intense emotions in the audience. Yet, Tarantino tempers the violence with tasteful humor. A difficult balance to say the least.

The cinematography, script and music work together to create a provocative film that you will never forget.

I'm pretty stoked as the winter scenes were shot in my home state of Wyoming! Jackson, Wyoming to be exact. It was pretty cool seeing those magnificent shots of Wyoming's bison and elk herds.