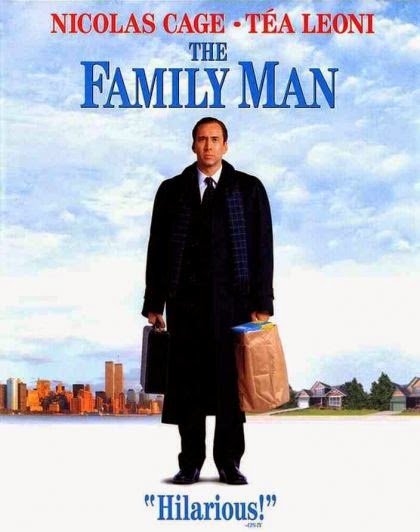 It's a little early to think about Christmas movies since it's not even Thanksgiving yet, but the Hallmark Channel has been having a Christmas movie marathon for the last two weeks with no end in sight. And, yes, I am beginning to thaw to the idea of Christmas in mid-November.

That said, I want to talk about one of my favorite Christmas movies: The Family Man (2000), starring Nicolas Cage and Tea Leoni.

Nicolas is Jack Campbell, a self-centered, money-hungry, Wall Street tycoon, who finds out what his life would have been like if he'd chosen "love." An angel (Don Cheadle) gives him a glimpse of his life in an alternate universe if he had married the love of his life (Tea Leoni). To Jack's dismay, he discovers that he would be a "family man," with a wife, two kids and a dog. Goodbye, Wall Street. He now works at his father-in-law's tire store in New Jersey.

When all is said and done, Jack finds true love and gets his priorities in order. Merry Christmas!

Excellent performances by Nicolas and Tea, as well as the delightful Jeremy Piven as Jack's best friend and Don Cheadle as the angel who gets the ball rolling. The cuteness factor is evident with Makenzie Vega as Jack's daughter, Annie. She's the only one who knows that Jack is not her real dad.

I love this scene:

ANNIE: Do you like kids?
JACK: On a case-by-case basis.
ANNIE: Do you know how to make chocolate milk?
JACK: I think I could figure it out.
ANNIE: Promise you won't kidnap me and my brother and plant stuff in our brains?
JACK: Sure.
ANNIE: Welcome to earth.

I enjoy magical stories like The Family Man. Something supernatural happens to get your attention and, ironically, brings you back to "reality."

Walkin' the Line with my Johnny Cash Git-Tar! 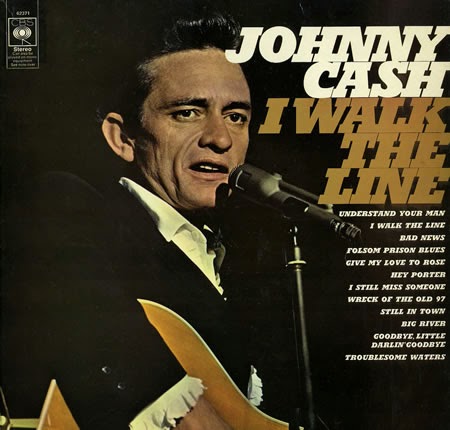 Last week I trekked on down to Stroud, Oklahoma to visit my guitar-playin' dad. We like to play Johnny Cash tunes, so for inspiration, we watched Joaquin Phoenix in "Walk the Line."

As you may know by now, Joaquin actually sang the songs in the movie. Johnny plays the guitar high on his chest and makes these awkward movements. Joaquin had the moves! 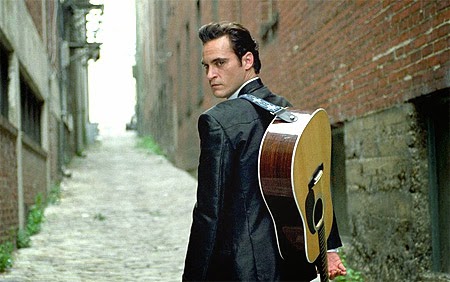 I have a brand new candy apple red Fender guitar I got for my birthday back in April and I brought it with me to Oklahoma to show it off to my dad. He grabbed his guitar and I grabbed mine and we proceeded to make music. He's good at picking melody and I'm good at playing chords. 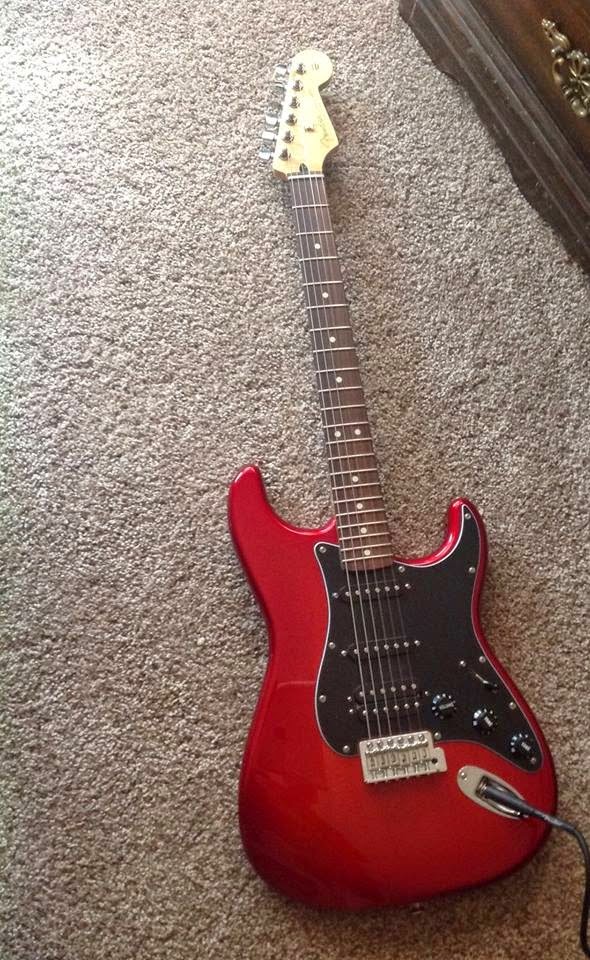 We played and sang Folsom Prison Blues, Jackson, Ring of Fire, Walk the Line, Your Cheating Heart, Hey Good Lookin', Oh Lonesome Me, Tennessee Waltz, In the Jailhouse Now, King of the Road. We also rocked with Elvis and the Beatles.

Our next gig will be in May when Dad comes to Wyoming. In the meantime we will be practicing, getting ready for the next jam session.
Posted by Luana Krause at 7:51 PM 3 comments: