As a writer, grammarian and bibliophile, I got a huge kick out of Weird Al's "Word Crimes" video. ENJOY!

Compare this with the classic "Conjunction Junction" from back in the day: 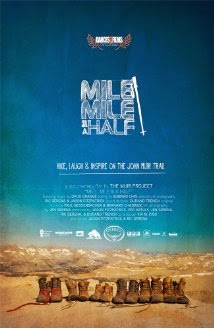 Watched an inspiring movie on Netflix last night called "Mile...Mile and a Half" - a documentary about five friends who hike California's historic John Muir Trail, a 211-mile stretch from Yosemite to Mt. Whitney. They hiked for 25 days and captured some amazing images! One member of the group dropped out after a few days, but they picked up some other hikers along the way.

The movie inspired me to go ahead and do the hikes that I had planned to do this summer and haven't done yet. So beginning next week, we are hiking at Vedauwoo, which is about half an hour away from Cheyenne.


The following week, we are planning a hike at Sugar Loaf at Medicine Bow in the Snowy Range, where we've hiked several times. As you make your way up the trail, you eventually find a mountain lake nestled among the pines. There is snow there pretty much all year long. Especially this year since we had record-breaking snows in Wyoming this spring.


What are your favorite films featuring the Great Outdoors!
Posted by Luana Krause at 12:00 PM 1 comment:

So I finally got around to watching the famous "The Kite Runner" directed by Marc Forster and based on the novel by Khaled Hosseini.

This film blew me away and I am adding the novel to my reading list. There's something about watching a foreign film that makes you so much more attentive and involved in the experience. I am more aware of dialog, interesting camera work, lighting, setting, photography and story. With a foreign film, you need to stay focused to understand what is happening.

The first viewing was compelling and provocative as I had become enmeshed in the characters and their relationships. The molestation scene was shot in a respectful way that got the message across without crude images and dialog. It was sensitively portrayed, keeping the child actors in mind.

The second time I watched, I saw it with director's comments. Talk about enlightening. The film is a simple story, no distracting special effects. But the impact is powerful. I plan to watch it a third time and absorb everything that I can.

This is filmmaking at its best.
Posted by Luana Krause at 11:31 AM 2 comments: 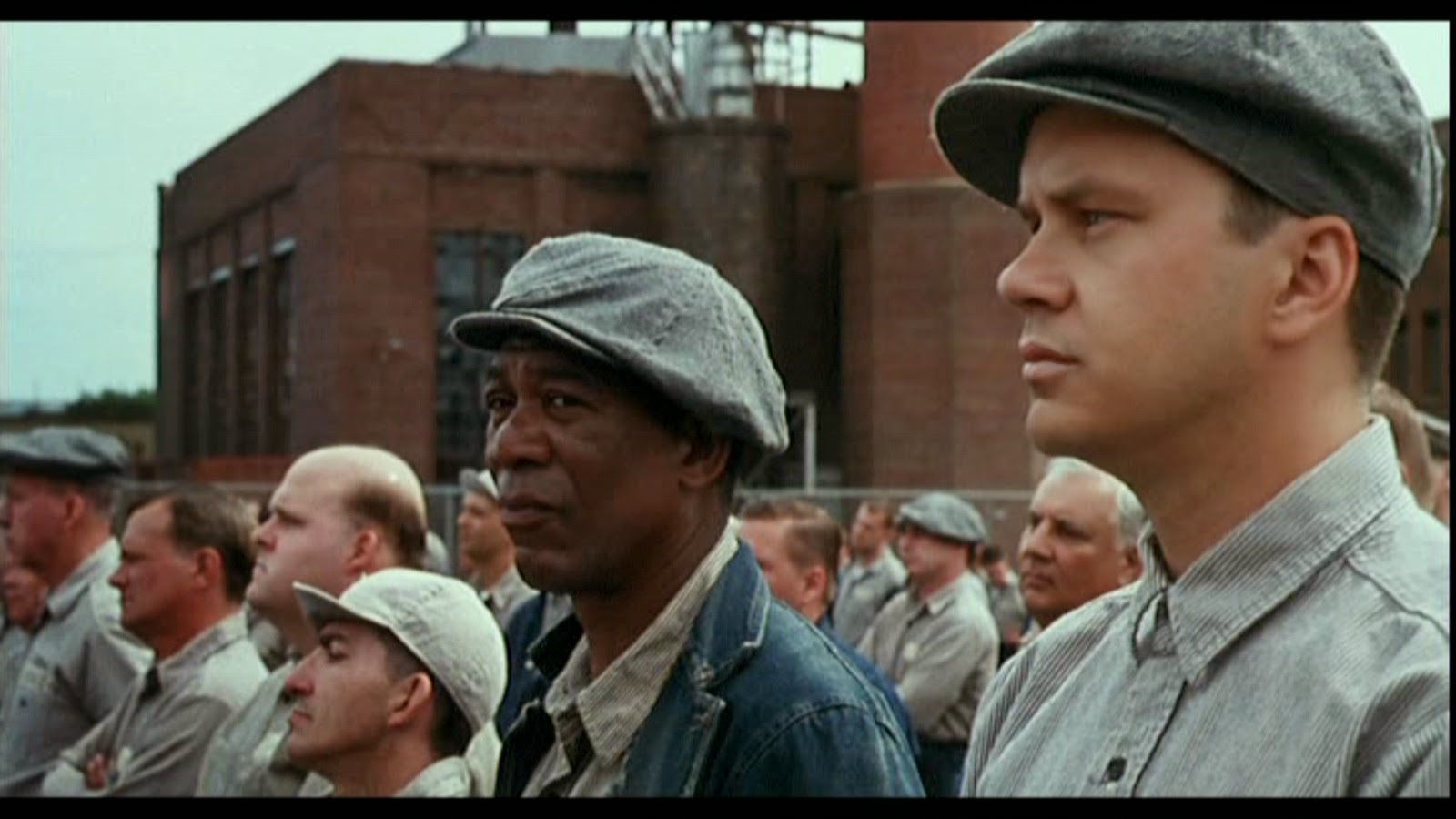 Interesting fact: Stephen King sold the rights for one dollar!
Posted by Luana Krause at 11:56 AM 2 comments: 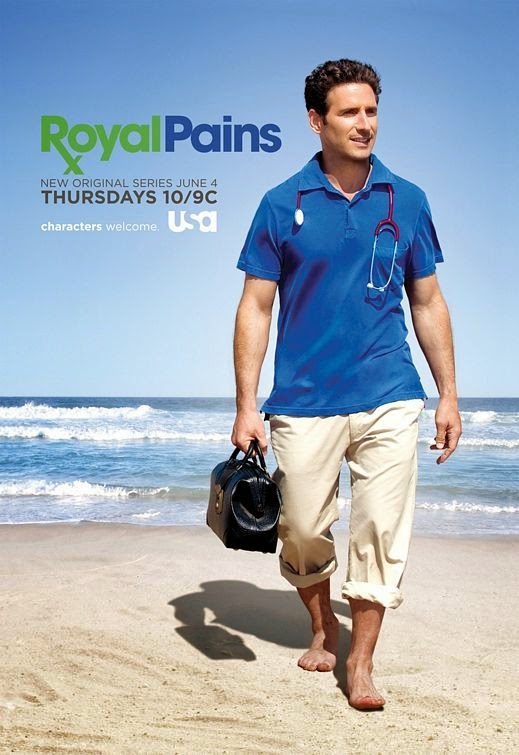 I never thought I'd be binge watching Royal Pains, but the premise of a doctor making house calls in the Hamptons intrigued me. The pilot show hooked me and the great writing keeps me watching. I'm currently on season five.

However it's a bit strange that Hank can diagnose everything from hemophilia to scurvy and perform emergency procedures with duct tape and fishing line. He's the MacGyver of the medical world.

Speaking of binge watching, within the last year, thanks to Netflix, I've binge watched: 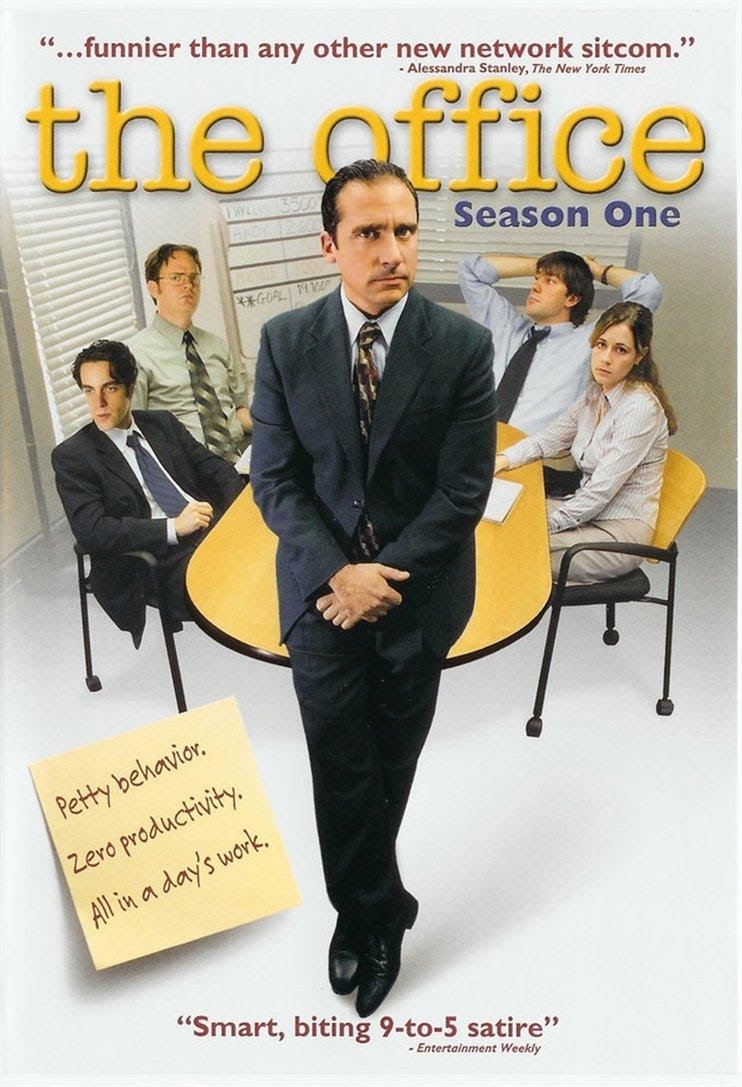 I actually own the entire DVD set of season one through seven of The Office. If I want a laugh, this is my go-to show. Michael Scott is one of the funniest characters in the history of television. "Scranton is great, but New York is like Scranton on acid. No, on speed. Nah. On steroids" - Michael. 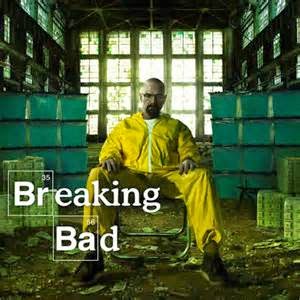 My history with Breaking Bad began a couple of years ago when my son (software engineer/devoted husband and father/musician/movie buff) said, "Ya gotta watch Breaking Bad!" So I was flipping through Netflix one day and there it was. The next three weeks of my life were spent catching up on Walter White's bizarre life. "Tread lightly." - Walter White 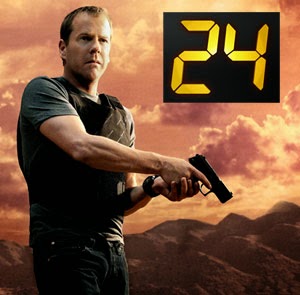 I binge watched this show before binge watching got its name. Season one had just come out on DVD and a friend of mine from work, a young whippersnapper copywriter said, "Ya gotta watch 24!" He loaned me his season one DVD and hubby and I sat up until two o'clock in the morning for a week watching Jack Bauer save the world. This is one of my favorite shows of all time. The concept of a show that takes in place in 24-hour, real time, is brilliant. "The only reason that you're conscious right now is because I don't want to carry you." - Jack Bauer 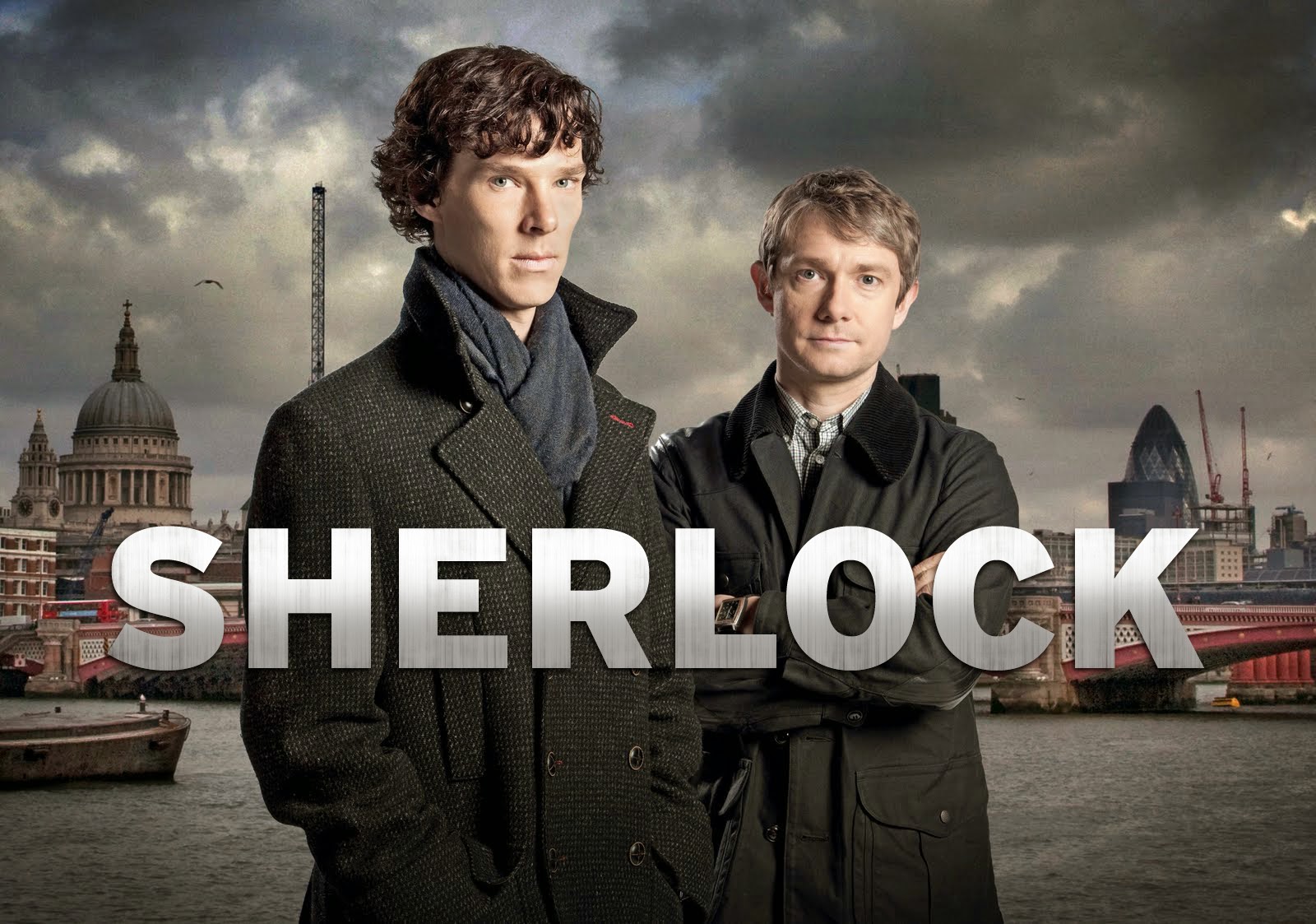 Sherlock was my latest binge watching experience. A young, modern Sherlock that uses computers and smart phones and solves modern murder mysteries, yet retains the distinctive qualities of that classic character blows my mind. Not to mention the amazing cinematography, sfx, and the "WOW" factor in spades.

SHERLOCK: (Upon meeting John Watson for the first time):  I know you're an army doctor and you've been invalided home from Afghanistan. I know you've got a brother who's worried about you, but you won't go to him for help because you don't approve of him—possibly because he's an alcoholic, more likely because he recently walked out on his wife. And I know that your therapist thinks your limp's psychosomatic, quite correctly I'm afraid. That's enough to be going on with, don't you think? The name's Sherlock Holmes and the address is 221b Baker Street.

Pros and Cons of Binge Watching:

Pros: Continuity of story, lack of commericals, thousands of great shows at your fingertips.

Cons: There is only one for me. GUILT from spending so many hours watching TV when I could be doing something more productive.

Have you binge watched TV shows? If so, what did you watch and how did you work it into your day to day life? Just wondering.
Posted by Luana Krause at 8:00 PM 2 comments: