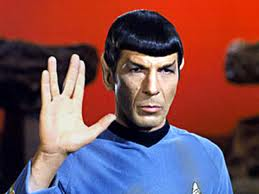 Next project: Our drama troupe, the Sunnyside Players, is planning our annual Valentine's Day Dessert Theatre. The theme is the 1960s. This year, along with live comedy sketches, jokes, one-liners and songs, we are going to create a video parody of TV shows of the 1960s: Gilligan's Island, Star Trek, The Beverly Hillbillies, The Andy Griffith Show, etc. Our drama team will play the various characters in short funny scenes.

We also want to show video of 1960s TV commercials and an audience-participation performance of The Newlywed Game and The Dating Game.

I'll be writing the scripts (the theme is "Love" of course, for Valentine's Day) for the TV shows and we will be shooting the video over the next few weeks. That means I'll be writing, acting and shooting/editing video with a deadline of early February.

I wonder if I've bitten off more than I can chew?
Posted by Luana Krause at 11:34 AM 4 comments: 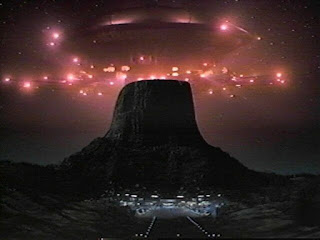 Our annual staff meeting is November 30 and my supervisor asked me to help with the staff video. She knows I'm a "filmmaker" and since I won the Shootout  Cheyenne 24 Hour Filmmaking Festival this year, she thought I wouldn't mind working on the project.

The video is about an Alien who wants to start a business in Wyoming. He goes through all the divisions of our agency for assistance. I call it "Close Encounters at the Wyoming Business Council." There are references to Star Wars, Star Trek, Close Encounters of the Third Kind and Toy Story (Buzz Lightyear). The video will be shown at the staff meeting next week. I'm looking forward to seeing the audience reaction. We've never done a staff video like this before.

We will be serving Alien cookies as a movie treat during the premiere.
Posted by Luana Krause at 6:46 PM 2 comments:

Late to the Twilight Party

So what's been going on this week? Catching up with the Twilight movies. I'd never read the books or seen the films, but Twilight was on TV this week and I just happened to watch it. HOLY COW! This film is amazing. The beautiful cinematography knocked my socks off!

The camera angles, the art direction...stunning! The mysterious images of the vampire family with their pale skin and red lips was captivating. And of course, it's all about the story which is creative and imaginative. I had no idea this lovely work of art had been hovering around the universe and I didn't even notice.

Needless to say, I immediately watched the other two films in the series: New Moon and Eclipse. And yes, they were as spectacular as the first. Now I'm reading the books.

And this weekend you'll find me in the theatre watching the latest in the Twilight series: Breaking Dawn Part 1. 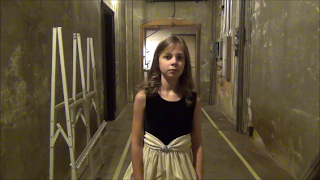 My first ever commercial contest entry is finally finished! Check it out at Crash the Superbowl and click on the Gallery. Mine is called White Rabbit.

The hardest part was editing to make it fit in a 30-second time frame.

The creepy building is an old historic building here in town. It's a filmmaker's dream.
Posted by Luana Krause at 5:15 AM 2 comments:

Best movie I've seen in a long time. Beyond superb. Excellent on every level: Story, acting, cinematography...and a terrific screenplay by George Clooney, Grant Heslov and Beau Willimon (who wrote the play the film was based on "Farragut North").

I didn't think Hollywood could come up with a movie about politics that didn't have a hidden agenda, but somehow they pulled it off.

The theme of "Integrity in Politics" is not new, but The Ides of March (2011) tackles this subject beautifully. Director George Clooney capitalized on the amazing talents of his cast: Ryan Gosling, Philip Seymour Hoffman and Paul Giamatti. I could see why these actors would jump at the chance to play these well-drawn characters.

This flick is jostling it's way to the top of my Favorite Movies of All Time list.

Posted by Luana Krause at 8:43 AM No comments: