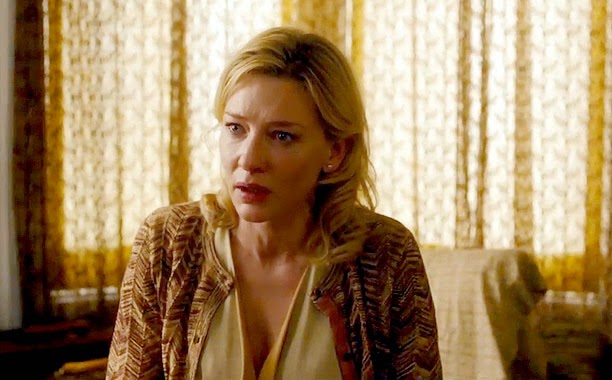 How many times have I seen "Blue Jasmine"? I've lost count. Eventually I bought the download on Amazon so I can watch it as often as I like.

For me, it's one of the best of Woody Allen's films in recent years. Jasmine's character, played by Cate Blanchett, is truly unique.

Woody Allen's heroines are almost always neurotic and self-absorbed: Linda in Play It Again, Sam; Annie in Annie Hall; Mary in Manhattan; Holly in Hannah and Her Sisters; Nola in Match Point; and Helena in You Will Meet a Tall Dark Stranger.

Jasmine is no exception. Cate's Jasmine reveals layers of this character in such a way that you can't imagine any other actress playing this part.

Woody Allen is a minimalist filmmaker, swimming against the tide in a sea of complex, high-tech, CGI productions. He consistently writes brilliant scripts and his actors, more often than not, get nominated for Academy Awards. Reason being, he writes parts that give actors an opportunity to stretch their acting muscles. Challenging characters that jump off the page and come alive on the screen.

No wonder highly-paid actors take a cut in pay to work in a Woody Allen film. They want that credit on their resume.

Not to say that every Woody Allen film is a true work of art. He's had his share of duds. Nevertheless, when he finds the perfect combination of story and actors, magic happens. 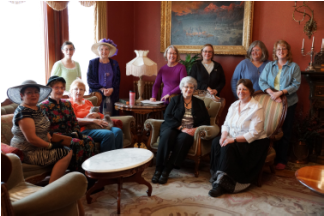 We've finally gotten around to post production on the documentary we've been working on since last year. The film is the brainchild of my friend Susan who was inspired to produce a film documenting Wyoming women making quilts using the Downton Abbey Women's Collection. This fabric collection was inspired by the fabrics of the characters in the PBS show "Downton Abbey."

We enlisted the talents of Cheyenne's best filmmaking team, Shawn Crochet and Jerry Steinhour. We went to the International Museum in Lincoln, Nebraska to interview quilt historians. In Cheyenne, we filmed at a quilt retreat at the Nagle Warren Mansion where the women gathered to work on their Downton Abbey quilts.

I will be writing the narrative for the film. This is the first time I've written a script for a documentary. I've watched documentaries to get inspiration. I've realized that there are many documentary styles. Creative juices are kicking in.

Now we are in the editing process, going through all the footage. We are planning on submitting the film to Wyoming PBS.

This whole project is kind of like making a quilt. All the quilt pieces are laid out on the table and it looks overwhelming. But in the end the quilt will be sewn together, resulting in a beautiful work of art.